Accuracy in language can save lives, so words must be taken extremely seriously. Many of our Russian language experts possess specialized knowledge of medicine, pharmaceuticals, and healthcare generally, pursuing exactness and perfection. Delivering flawless translation of technical, marketing and sales documents, Swan Translations is the company you’ll want to call when your docs need a doctor

With ever-increasing level of globalization, automotive industry has a rise in demand of professional automotive translations. Automotive translation and localization services include a wide range of related products and documents such as car manuals and mechanical instructions, catalogues and technical reports, marketing material and website content.

Our legal Russian translators and interpreters can confidently handle all types of law and legal translation needs: from document translation to court proceeding interpreting and transcription. Our certified Russian translators hold official authorizations to provide professional certified translation and adhere to strict government standards. Effective project management is being applied to each stage of Russian legal translation process. At Swan We understand the importance of confidentiality in handling legal documents which is why we have strict privacy guidelines applied.

Today in the Russian Federation, Russians are estimated to account for 81.6% of the population (2010 census: 120 million Russian speakers out of a population of 143 million). Of the speakers of Russian, 88% have it as their mother tongue and 94% of this number are of the Russian ethnic origin. There are 7.5 million non-Russian people who have Russian as their native language, about 26% of the non-Russian population.

Russian speakers are present in all former republics of the USSR, and that they now make up significant ethnic minorities, particularly in Estonia (30%), Kazakhstan (38%), Kyrgyzstan (22%), Latvia (34%), and Ukraine (22%). In these former Soviet republics, Russians no longer shape the agenda - except in Belarus and parts of Moldova (in Transnistria) and Ukraine (in Crimea). At the same time, following the collapse of the USSR, nearly 25 million Russians found themselves with foreign status in the newly independent states (11 million in Ukraine and 6 million in Kazakhstan).

Like all Slavic languages, Russian is distinguished by its alphabet. Let us recall that the Catholic heritage has favored the Latin alphabet with Croatian, Polish, Czech, Slovak, Slovenian and Sorbian, while the heritage of the Orthodox world has favored the Cyrillic alphabet with Russian and Ukrainian, Belarusian and Serbian, Bulgarian and Macedonian. However, in Russia, the Russian alphabet is referred to as the Cyrillic alphabet, the name Cyrillic being used to designate only the Slavonic script used in Russia until the beginning of the 18th century.

The Russian alphabet consists of 33 letters, Bulgarian and Serbian 30, Ukrainian 33. The modern Russian alphabet has also been adapted to several non-Slavic languages of the countries of the former USSR by the addition of letters, be it for certain Uralic (Votiak, Mordovian, Ostiak, Mansi), Altaic (Turkmen, Azerbaijani), Iranian (Ossetian, Kurdish, Tajik), Caucasian (Abkhaz, Avar, Circassian) languages.

Some of Our Clients 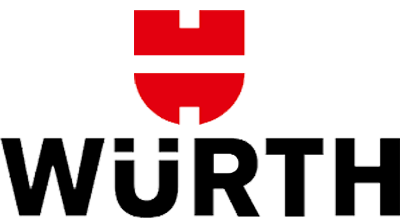